Rajasthan, literally translated to Land of Kings, home to the massive Thar desert and the ancient Aravalli mountain range, has a rich history, ecology and culture. It is also one of our favourite  destinations.

Apart from the ruins of the Indus valley civilisation to the Dilwara temples; from the historically important forts and palaces to a diverse variety of wildlife, every city within Rajasthan offers a vibrant history behind its colours (the blue city of Jodphur, the pink city of Jaipur), cultures and customs. 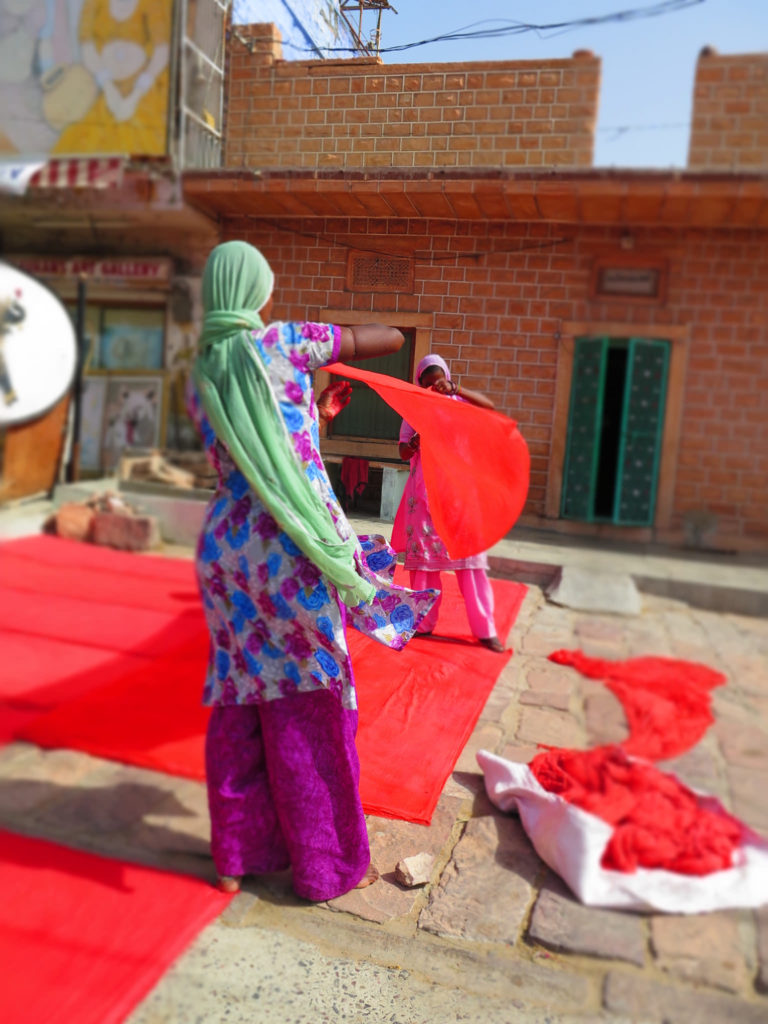 For our special anniversary edition, we take you on a journey to Rajasthan’s historical, cultural and natural landscapes. From the grand forts of Amber and Mehrangarh, we will take you to Ramathra Fort, a tranquil space that lies between two famous wildlife reserves ~ The Keoladeo Ghana Bird Sanctuary in  Bharatpur and the  Ranthambore Tiger Reserve in Sawai Madhopur. Due to its location in the far interior of eastern Rajasthan, it is a quiet space. Whether you wish to visit the fort’s ruins or take leisurely walks around the natural surroundings, or do everything, the adventure is yours. It is one of our favourite places in Rajasthan, and a hugely different experience from the explosion of colours and culture that one usually experiences in the historic state. 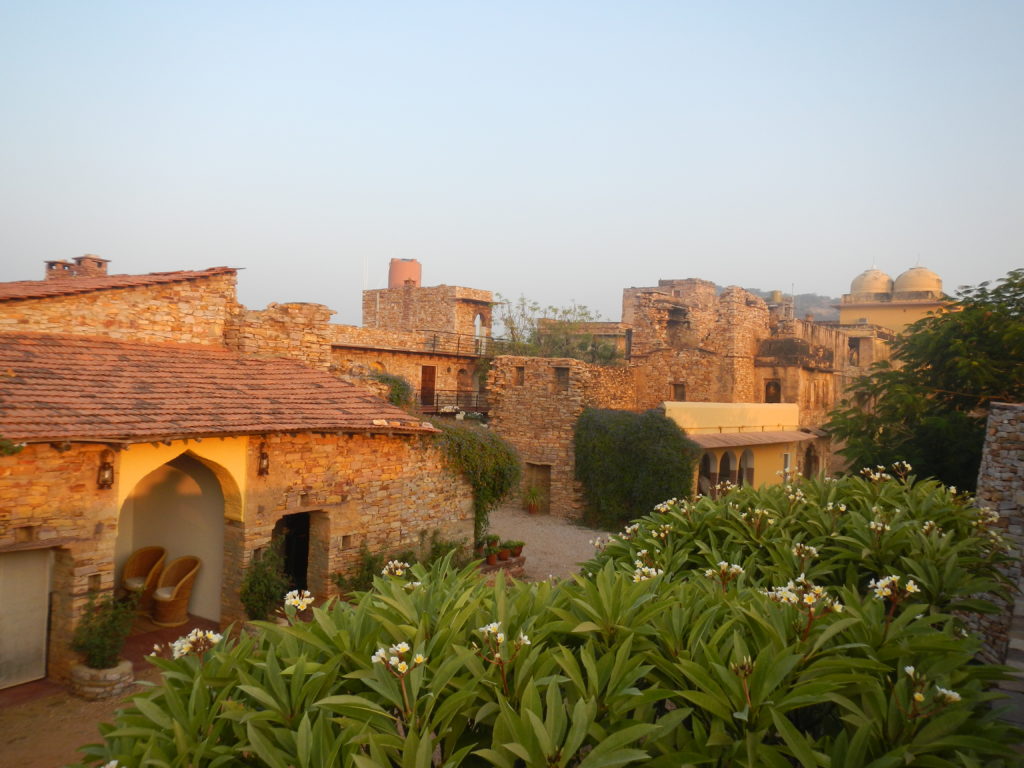 We will take you for a unique train ride through a rural, wooded hill section, somewhere in Deogarh. The tracks of this particular railway line were laid in 1894 when steam engines were still in use. As you chug along, the train making wide, sweeping arcs through the Aravalli’s, you may have to stop more than once for the driver to check his brakes. The view outside is breath- taking. The ground beneath your feet seems solid one moment, and then, like a trapdoor, suddenly swings out on its hinge to lead you onto a narrow, rickety looking bridge, taking you across a steep gorge.

Not only that, we will also take you on a safari close to where leopards live (!) 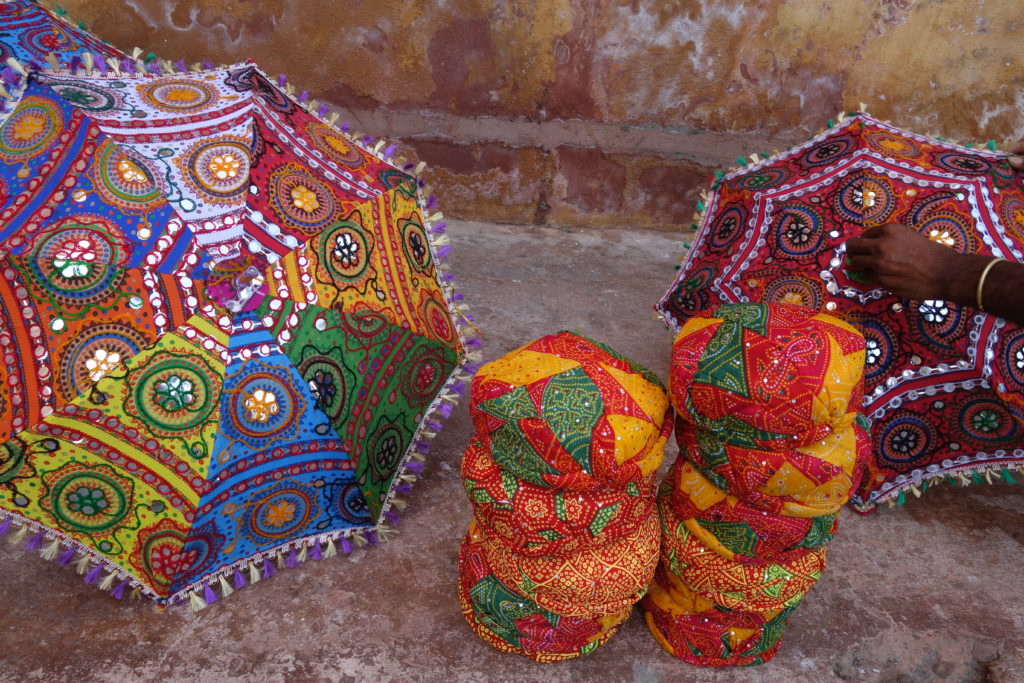 Join us in our immersive journey in March 2020! The journey will be led by photographer and adventure travel journalist Himraj Soin. He has led student expeditions for National Geographic, and is an avid skier and climber. 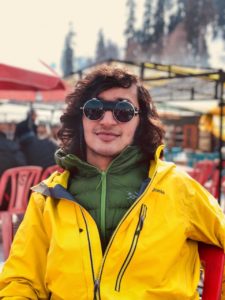 THE SEASON TO SCALE NEW HEIGHTS:

It sounds like the name of India’s satellite launch vehicle. But it’s actually a mountain. And a formidable one at that.

Dubbed one of the great challenges of the Garhwal, Swargarohini is located in the Tons Valley and boasts five summits. According to Hindu mythology, the mountain was the ‘path to heaven’ for the Pandavas. But for modern climbers, it remains and elusive achievement.

But that is not to say mountaineers have stopped trying to conquer it. one early-bird expedition has already arrived from Britain and will attempt to scale Swargarohini I at 6252 metres. The British team, comprising just two memers, will be among the first climbers of this season.

The experienced British dup – Nick Banks and Chris Smith – will be taking the same route as I had in an unsuccessful 1989 expedition. This involves the ascent of Swargarohini II and the a knife-ridge traverse across to the main summit. Nicks is an instructor at a National Mountain institute in the UK – Plas-y-Brenin – located at the foot of Mt. Snowden in North Wales. Within this background, the team’s chances are good.

Swargarohini will not be the only peak to face conquest attempts this season. Another one will take place in August-September on a mountain called Hagshu – height 6330 metres – in the Kishtwar region of J&K. A team of four, led by John barry, will scale its north face for the fourth time. They have been beaten back by weather in the past, but they hope to crack the summit this time around.

Barry is a British Army marine, and was also the principal at Plas-y-Brenin, my alma mater. Weather permitting (autumn is generally more stable), John has an even chance. Alsom he will not be under any pressure to perform as he is not considered a die-hard unlike the British duo attempting Thaley Sagar.

Giants of British climbing Joe Brown and Mo Anthoine have attempted Garhwal’s Thaley Sagar, with its treacherous and steep north face, before. On their last attempt they climbed the imposing rock head wall and finally got to the last few hundred feet of snow and ice which lay capped on the summit.

Then calamity struck. While stretching out to relax, Anthoine suddenly pushed a rucksack down the mountain. The rucksack carried with it the climbing gear which was necessary to reach the summit. But they took the setback well and called the expedition off.

A type of peak which is becoming popular among climbers is what is called the 7000 metre-plus ones. Peaks like Nun (7135 m) and Kun (7077 m) in Zanskar top the popularity list. A specialized mountian guide agency advertizes the summit and gets mountianeers to sign on for expeditions.

One such successful agency, Allibert of France, has been sedning teams to Kun via the east ridge (Nomale) for the past five years now. It boasts an impressive success rate of nearly 60 per cent.

The peak is not difficult and lies in the remote Zanskar region. The weather is stable, though there is the danger of crevasses en route, and of black bears at the base camp. But it is an exhilarating climb for those yearning for rarefied oxygen at 7000 metres.