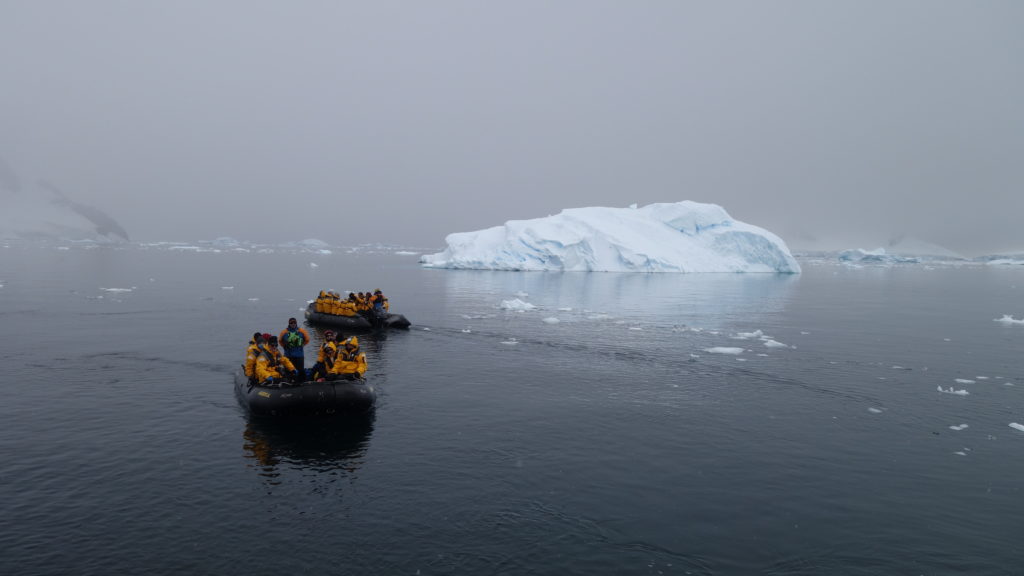 Scientists recently discovered a massive cavity under Antarctica’s Thwaites Glacier. The cavity is a result of rapid melting of ice, according to NASA.  The Thwaites Glacier has been considered unstable by scientists. The discovery of the underwater cavity could cause a rapid decay to the glacier. The cavity itself is two-thirds the area of Manhattan and about 1000 feet tall. It is big enough to hold about 14 billion tons of ice, most of which melted in three years, say researchers.

Rising sea levels are caused by melting of ice sheets, and thermal expansion of the oceans. A NASA press release stated that the melting of the glacier is responsible for 4 percent of the world’s rising sea levels.

Keeping the urgency to protect this pristine land in mind, we at Ibex Expeditions, in partnership with Polar Latitudes, will be taking our second expedition to Antarctica in March this year. Led by artist and explorer Himali Singh Soin, this journey with a purpose is meant to turn all participants into Antarctica Ambassadors, pledging to support all causes related to preserving the big white continent.