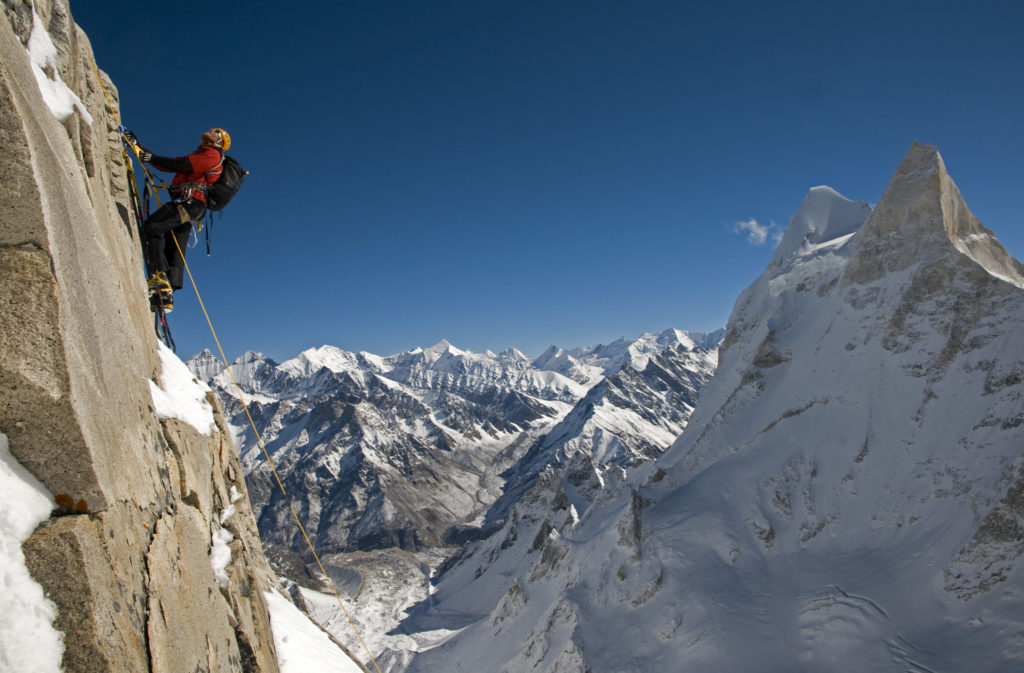 In October 2011, climbers Conrad Anker, Jimmy Chin and Renan Ozturk made a first ascent of a 4000 foot granite wall called Shark’s Fin at 6310m on the Meru Central in the heart of India’s Garhwal Himalaya.

This was a second attempt for Jimmy Chin and Renan, both of whom suffered from horrific accidents a few months before the climb. For Conrad, this was his third attempt.

The result of this climb, apart from their successful summit, was an astounding documentary film chronicling their journey, and the climbers’ attempts to face their demons. If you haven’t seen Meru yet, you simply must. Directed by Jimmy Chin and Elizabeth Chai Vasarhelyi, the film was nominated for the Academy Award for Best Documentary Feature in 2016.

#IbexExpeditions was their expedition outfitter for all their attempts.

Photo © Jimmy Chin, of Conrad Anker on the Shark’s Fin.