Vintage Monday: Adventure in the Himalaya

Mandip Singh Soin writes about an epic journey he undertook with his college friends in May 1975—a 500km trek across four major passes in Ladakh, through snow, rock, sand and water, varying in altitudes from 12000 to 17000ft. 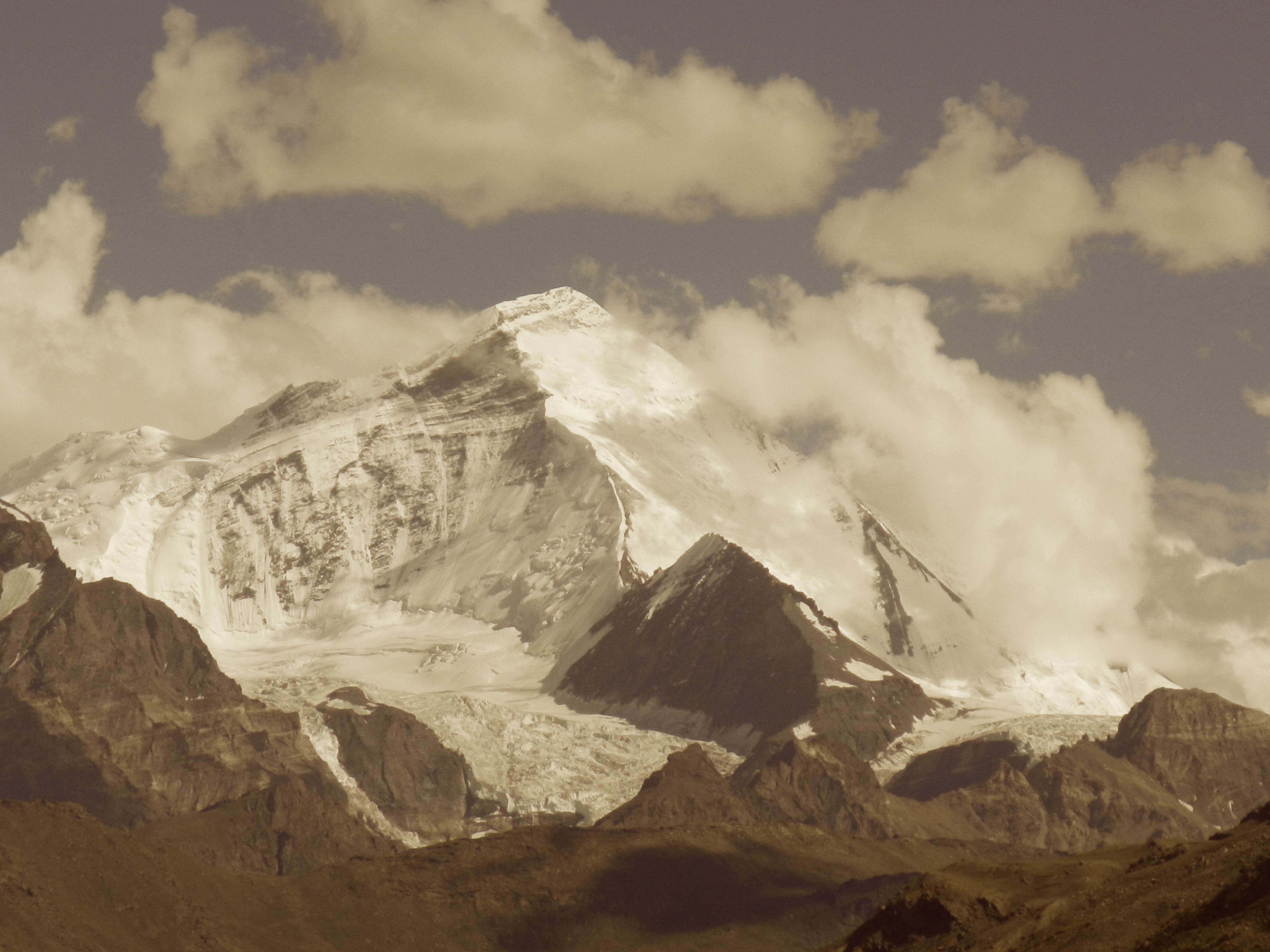 “It’s not possible from here, why not start from Kargil instead?” This is what everyone told us at Manali when Tandon and I reached there as advanced party for Lahaul and Zanskar. We were part of a 10-man team from St. Stephen’s, a Delhi college. Col. Lalji Singh, the snow and avalanche expert, said many snow cycles had coincided and fallen that year.

Rohtang Pass was blocked and no one had crossed the Shingo La. Our leader, Mr. Bamzai, however, being young and adventurous, told us in Delhi to stick to the original plan.

We set out on the high altitude trekking expedition to these provinces in Ladakh in May, a 500 Km trek crossing the four major passes of Rohtang, Shingo, Pensi and Swikha, through snow, rock, sand and water, varying in altitudes from 12000 to 17000 feet. 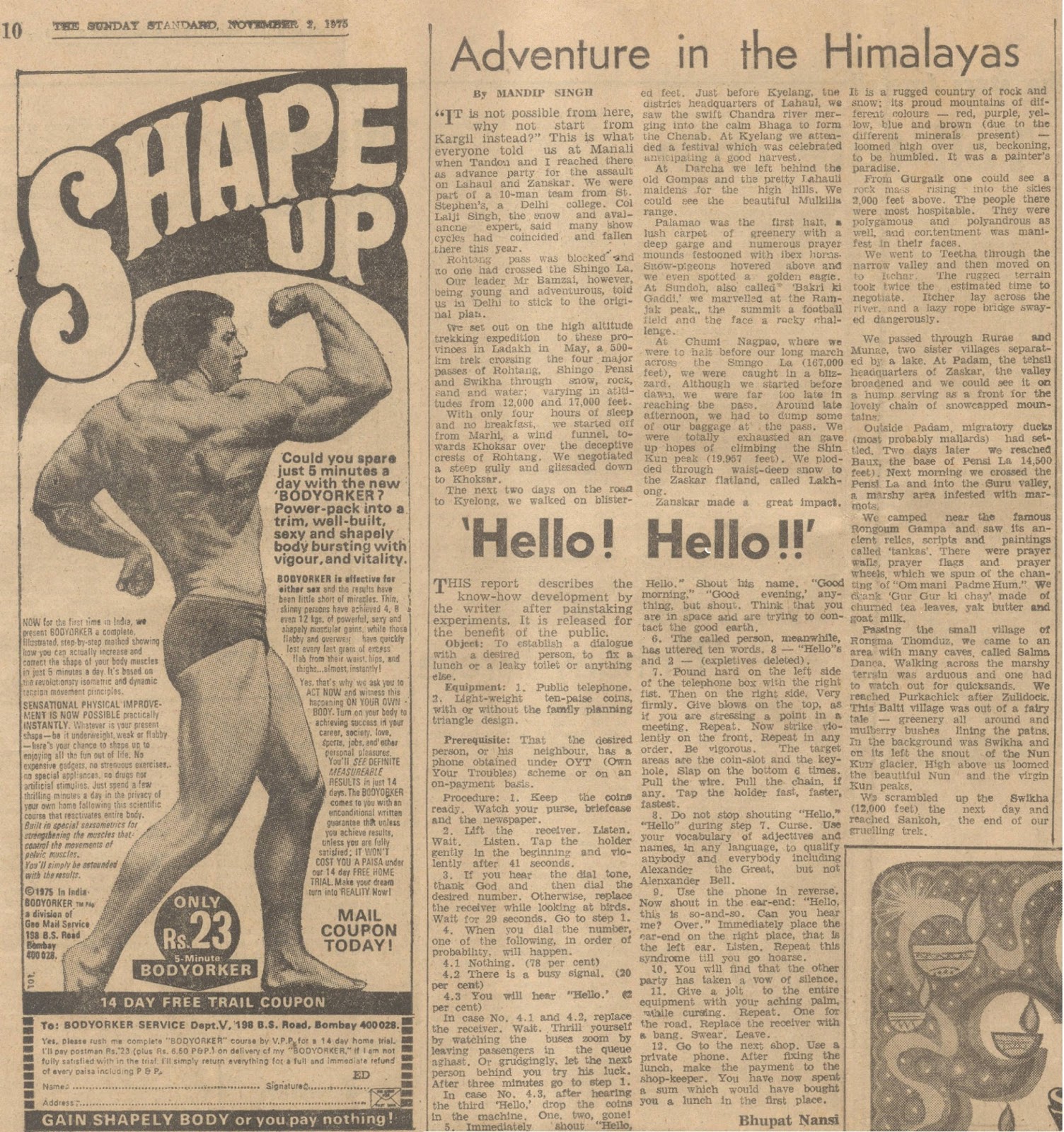 With only four hours of sleep and no breakfast, we started off from Marhi, a wind funnel, towards Khoskar over the deceptive crests of Rohtang. We negotiated a steep gully and glissaded down to Khoskar.

The next two days on the road to Kyelang, we walked on blistered feet. Before Kyelang, the district headquarters of Lahaul, we saw the swift Chandra River merging into the calm Bhanga to form the Chenab. At Kyelang we attended a festival which was celebrated anticipating a good harvest.

At Darcha, we left behind the old Gompa and the pretty Lahauli maidens for the high hills. We could see the beautiful Mulkilla Range.

Palamao was the first halt, a lush carpet of greenery with a deep gorge and numerous prayer mounds festooned with ibex horns. Snow pigeons hovered above and we even spotted a golden eagle. At Sundoh, also called “Bakri ki Gaddi”, we marvelled at the Ramjak peak, the summit a football field and the face a rocky challenge.

At Chung Nagpao, where we were to halt before out long march across the Shingo La (167000 feet), we were caught in a blizzard. Although we started before dawn, we were far too late in reaching the pass. Around late afternoon, we had to dump some of our baggage at the pass. We were totally exhausted and gave up hopes of climbing the Shin Kun peak (19957 feet). We plodded through waist-deep snow to the Zanskar flatland called Lakhong.

Zanskar made a great impact. It is a rugged country of rock and snow; its proud mountains of different colours – red, purple, yellow, blue and brown (due to the different minerals present) – loomed high over us, beckoning, to be humbled. It was a painter’s paradise.

From Gurgaik one could see a rock mass rising into the skies 2000 feet above. The people there were mostly hospitable. They were polygamous and polyandrous as well, and contentment was manifest in their faces.

We wend to Teetha through the narrow valley and then moved on to Itchar. The rugged terrain took twice the estimated time to negotiate. Itcher lay across the river, and a lazy rope bridge swayed dangerously.

We passed through the Rurae and Munae, two sister villages separated by a lake. At Padam, the tehsil headquarters of Zanskar, the valley broadened and we could see it on a hump serving as a front for the lovely chain of snow-capped mountains.

Outside Padam, migratory ducks (most probably mallards) had settled. Two days later we reached Baux, the base of Pensi La (14500 feet). Next morning we crossed the Pensi La and into Guru Valley, a marshy area infested with marmots.

We camped near the famous Rongoum Gompa and saw its ancient relics, scripts and paintings called “tankas”. There were prayer walls, prayer flags and prayer wheels, which we spun off the chanting of “Om mani Padme Hum”. We drank “Gur Gur ki Chay” made of churned tea leaves, yak butter and goat milk. Passing the small village of Rongma Thomduz, we came to an area with many caves called Salma Danca.

Walking across the marshy terrain was arduous and one had to watch out for quicksands. We reached Purkachick after Zulidock. This Balti village was out of a fairytale – greenery all around and mulberry bushes lining the paths. In the background was Swikha and on its left the snout of the Nun Kun glacier. High above us loomed the Nun and virgin Kun peaks.

We scrambled up the Swikha (12000 feet) the next day and reached Sankoh, the end of our gruelling trek.”