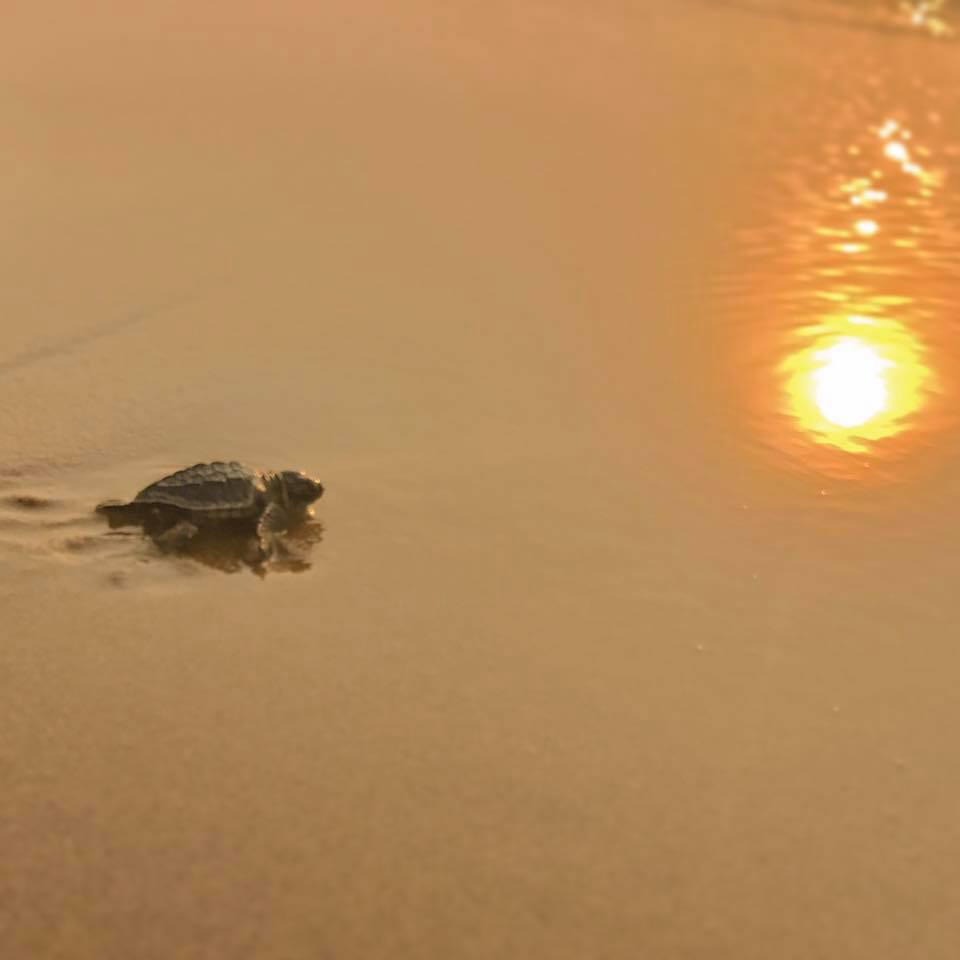 Spring in India, apart from being a season of blooming flowers and general merriment, is also a time when the olive ridleys hatch, and make their way to the ocean.

The Olive Ridley is one of the five species of sea turtle that mate and nest on India’s shores. They are protected under the country’s Wildlife Protection Act 1972.

The country’s coastline is dotted with several turtle nesting sites. On the eastern coast of India, in the state of Orissa, lie three big nesting sites for these smallest turtles in the world.

After about seven weeks of incubation, the Olive Ridley hatchling scrapes open its egg and scrambles out. Using the nutrients in the shell, it powers its way towards the open water.

Though a protected species, their existence is threatened due to a number of factors— ranging from ocean pollution to rapid developmental activity along the coastline, and rising mechanised fishing.

But there is hope. Turtle hatchlings were spotted on Mumbai’s Versova beach recently, with locals saying that they returned after almost 20 years.

If that be the case, maybe all is not lost for these ancient ocean wanderers.